The beginnings of Jewish settlement in Žatec|Saaz region

Žatec was thanks to its location always an important crossroads of trade routes and became in the early Middle Ages, the third largest city in the country. According to historian Frantisek Palacky, the presence of Jewish merchants is documented in the early 10th century. First Saaz ghetto was located near Eger and it was there probably also a Jewish cemetery. From the 14th century it has been preserved a mention about the “Jewish Garden” near the Eger river. The first written mention of Jews in Saaz dates back to 1350 when Charles IV. confirms to the son of  Matthew of Cheb (Mathias von Eger) called Peter the jurisdiction over the Jews. Dated the year 1376 we find mention about the baptized Jew Samuel and his wife who issue bonds. There is also mention about Jew David in a contracting book about real estate contracts. In the official bonds of the years 1498-1508 there are several references to Jews with the name of Saaz. 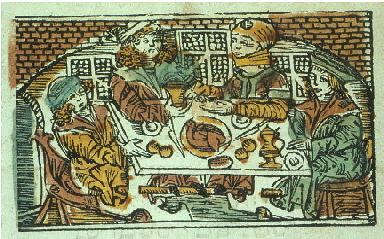 To understand why the coexistence between Jews and Christians was full of conflicts that resulted in violence it is necessary to know the legal status of the Jews who were not allowed to exercise their craft professions and had a social status as a religious minority. Jews were owned by the king (“king’s chamber serfs”). The king provided them with protection and privileges for it is highly taxed. They became rich, compared to Christians, they were allowed to take interests on loans and had a virtual monopoly on the cash shop. The king agreed with it as this increased its revenues. They invested their profits into commercial transactions and thus compete with the Christian merchants. This has not of course increased their popularity in big cities definitely. As a religious minority were often blamed for the disaster that has happened to Christians during crisis and war and they also saw violent riots against the alleged “killers of Christ.”

Nevertheless at the time of the Hussite were strong workings towards emancipation of the Jews. The number of Jewish communities has doubled. Czech Provincial Assembly established in 1501 that Jews should be “tolerated forever.” Starting from the beginning of the 16th century the royal cities came up with the requirements for the expulsion of the Jews from the beginning only just for those who didn´t wanted to be baptized. Already in 1526 the Saaz people  asked for permission to expulse the Jews from the city. This, however, was not allowed to them.

On 13 November 1541 there was the shedding of blood. Boisterous crowd expelled Jews in their nightgowns out of bed, killed them and their property was looted and devastated. When the king learned of this event he let the mayor and aldermen to close in Daliborka.

. These, however, were later released after paying bail and only two actors of this pogrom were brought before the court. King earned a high fine and the city had to return the Jews their property and to replace the damages. Despite the royal intervention, however Saaz Jews did not receive any compensation.By this act Czech Crown has bent to the will of the royal cities, and betrayed his “serfs”. In 1584 Emperor Rudolf II ordered that it is indeed  possible to grant the Jews access to markets in Saaz, Litomerice and Louny but by the edict of Emperor Ferdinand II. from 1637 Jews were even forbidden to spend the night in Saaz.

In 1650 the Provincial Parliament resolved that the cities in which until January 1st, 1618 lived no Jews and haven´t privileges, may not suffer the Jews in their town, and may in the future be without Jews – “judenrein” (free of Jews). In this state, there were still 30 cities in the Czech Republic, among them Žatec. By this land´s decree ended earlier history of the Jews in Saaz. It was not until the mid-19th century, 200 years later, these privileges “pure Jewish cities” rolled back and the first Jewish families settled in Žatec again.

If families exited from Saaz were allowed to settle in the surrounding villages, it could be the perhaps possible to settle in these sites in which were formed the Jewish communities: Libočany, Čeradice, Liběšice, Měcholupy, Bílence, Hořenec and Postoloprty. Overall, their situation wasn´t bad and their communities flourished. In 1622 it was the first Jew inducted into the peerage: Prague court banker Jacob Bassevi, now called as “von Treuenberg”. In 1726 lived in Bohemia and Moravia 8,600 Jewish families and in 1753 already 10,825. Under Emperor Joseph II. and his son Leopold heve loosen local and social barriers of Jewish life and in the years 1848-1860 the Jews reached their final full emancipation.. 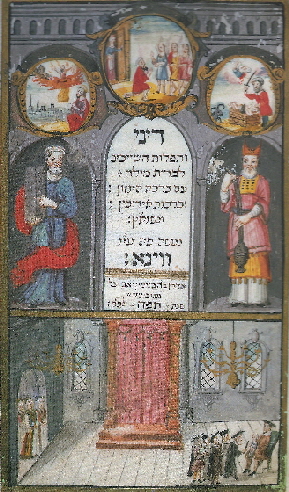 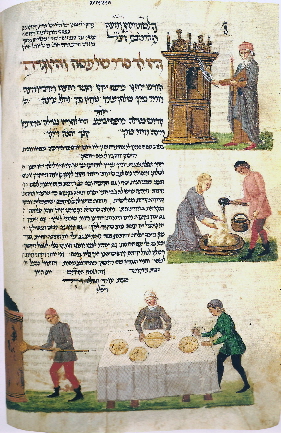 More detailed reports on Saaz Jews we have only since 30s of the 16th century due to court book of the Prague Old Town in which is captured appeal procedure against decisions of the Court of Saaz. Remarkably, the Prague Appeal Court had to deal with the disputes between the Jews themselves. Also the Jews of Saaz had their own ghetto. It probably remained in the Jewish trenches whose outcome may indicate today the Tyrš street. Although Jews created a clear-cut and closed group they did not get an immovable assets concentrated in one place.